In the pre-war period, most fruit and vegetables were bought at greengrocers or food stores. They were weighed and charged for the weight of what they purchased (as each item had different weight) and left ‘naked’ – unpackaged’ – for consumers to look through and examine. Barely a decade after the war ended, almost every major supplier prepackaged and pre-priced their veg with plastic wrap. We have spoken a little bit before about the history of packaging machinery, but what led to greengrocers and supermarkets in particular switching suppliers to those using plastic wrap machinery and other devices? We explore the early history of shrink wrap and the rise of plastic wrapping in this article. Three trends exploded with the end of the Second World War. Firstly, women were in charge of household spending: nine out of ten American consumer dollar spent came from women. Secondly, what they bought was mostly spent on food from self-service shopping. Food stores closed in droves, and supermarkets grew rapidly. Thirdly and finally, purchases of canned and frozen foods shot up dramatically.

Growers had worried about this for a while. Canned food makers since the 1930s claimed, with the backing of medical associations, that their products were as tasty and nutritious as fresh produce. Families swapped out fresh corn for tinned sweetcorn, and it hurt fresh food producers’ bottom lines.

Vegetable producers started fighting back with traditional marketing means: ads, radio shows, recipe books, and more. Cookbook author Ida May Allen mentioned lettuce around ten times a radio broadcast due to sponsorship by the growers’ lobby. However, the effort was not enough, and more durable goods displaced growers’ products.

Supermarkets and greengrocers selling fresh vegetables at retail began telling their suppliers they needed goods that could last longer and looked more appealing than frozen or canned alternatives. But now, the growers responded, could they keep their produce fresh?

The answer was pre-packaging. Growers experimented with this in the 20s and 30s, but technology had not advanced to the point that it had post-war. Plastic wrap was as valuable and necessary an innovation as the refrigerator for keeping food edible. Compared to ‘naked’ products, pre-packaged veg looked neat and kept longer. As a result, it suffered less ‘user abuse’ from being handled and sold faster in stores. One particular problem was people picking up vegetables like lettuces and peeling at the outer leaf to see if it looked healthy before putting them back, making the food ugly and unsellable at full price. With plastic wrapping around the produce, this becomes much more difficult.

The biggest argument in favour of pre-packaging, however, was that consumers wanted it. In a 1947 survey of housewives, 64% said they preferred their products pre-packaged and pre-priced compared to 21% who did not (15% indifferent). Housewives who lived in cities or towns where prepackaged produce was commonplace were most likely to say yes, implying that using plastic wrap made you more likely to want to use plastic wrapped products. Crucially, nearly three-quarters of those who preferred prepackaged goods were happy to pay extra for the convenience. Taking this all together, that means that consumers wanted products shrink or plastic wrapped; once you bought prepackaged produce you were likely to buy it again; and consumers were happy to pay extra for prepackaged goods, potentially increasing growers’ profit margins. 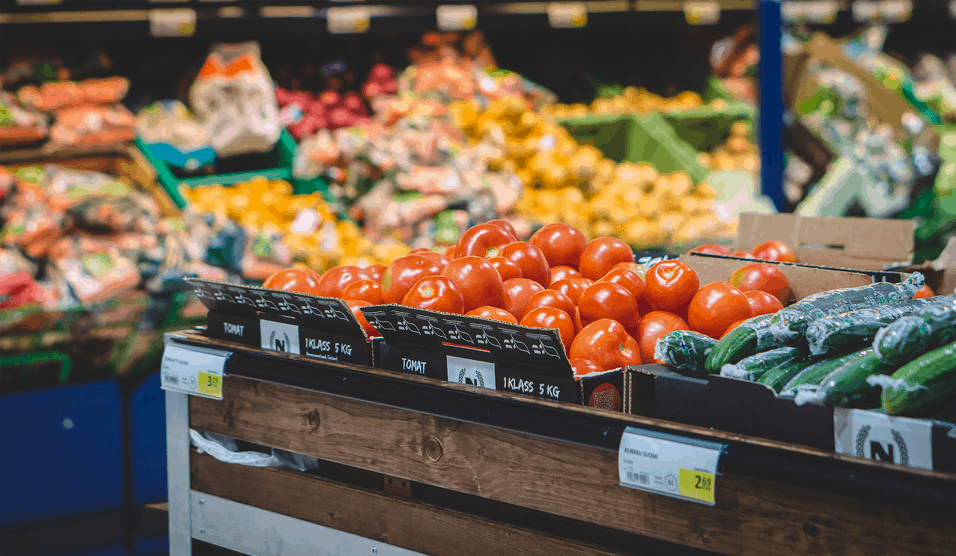 Supermarkets and retailers sided with consumers: they wanted to sell prepackaged produce from now on. The message was clear to fresh vegetable growers: package or perish. However, there were numerous technical difficulties when it came to packaging fresh products.

For one, fresh produce lives and breathes. Wrapping it the wrong way – too tightly on one side, or in such a way that deprives oxygen from the greens – would quicken death rather than prolonging it. Bagged pre-cut lettuce was easier to wrap, but still somewhat difficult, and – more importantly – housewives wanted to feel like they made some effort in creating the meals they did.

The famous (though possibly apocryphal) story about cake mix is important to remember when considering consumer habits at the time. A food processing firm marketed a cake mix which required that the housewife add only water to produce a creamy batter and fine cake. The company could not understand why the mix would not sell until they learned that housewives felt they weren’t ‘properly’ making cake from the mix. Against conventional wisdom, the company took out dried eggs from their product and began marketing it with the slogan: “add an egg.” Cake mix sales took off. The moral of the story was that families did not want to do away with home-prepared meals gathered around the dining table, eating what was prepared in the kitchen. Bagged lettuce was unpopular because it did not seem like ‘fresh’ or ‘proper’ lettuce to the housewives who it was marketed towards.

This left growers in a difficult situation: plastic wrapping was needed, but they had to make sure the technology was able to able to wrap around the fresh vegetables without firstly damaging the product, and secondly not wrapping it so tightly as to kill the plants inside. Innovation rapidly took place, however, and in the 1960s the first plastic wrap machines were made which would be able to seal awkwardly shaped vegetables from lettuce heads to aubergines. The first plastic wrap machines were extraordinarily expensive – the rigs alone cost over £7,000 in 1961 currency – well over £100,000 today. Luckily, shrink wrapping     $ machinery is much cheaper today!

Unsurprisingly, many growers were resistant to buy these huge new rigs, especially when field rigs were untested devices that required adding more staff-hours of work to making their product. Writing in the trade journal Western Grower and Shipper, people complained and voiced fears that the packing process might mean retailers promise that their products have a longer shelf life, which would implicitly undermine the idea their products were ‘fresh’, the main selling point of their products in the first place. They also said that the transparent wraps glaringly display any defects or damages to the products’ heads, meaning less lettuce would be able to be sold to the retailers.

Ultimately, though, growers had to accept the package-or-perish market. Retailers loved the look and longevity of well-packaged vegetables. They also liked that the product was shelf-ready and in many cases could be easily stacked without trimming the outer leaves of veg and readjusting shelves to show the best veg. Consumers likewise took to the new packaging, and companies which adopted early plastic wrapping machinery were flush with revenue. To give one example: Bud Antle was the first on the market to sell plastic-wrapped iceberg lettuce, for instance, with a giant field rig for packaging his vegetables. His company (now Tanimura & Antle) currently dominates the world’s lettuce and vegetable production.

The Legacy of Plastic Wrap By the 1980s, the size of the unpackaged vegetable market was almost zero. There has been a resurgence in recent years with organic companies up-selling the nakedness of their product as proof of its ‘real’ freshness to middle-class buyers. However, the dominant age of food stores came to an end with the rise of shrink wrap.

Consumers and retailers all benefited from the change. Food waste plummeted thanks to the introduction of shrink wrap to the system. Retailers saved money by having to throw away less rotting product. Consumers saved as well, as less produce rotted at home. Ultimately, even the growers’ market benefited as shrink wrapping machinery became easier and cheaper to purchase, reducing fixed costs. In addition, shrink wrap made produce easy to ship around the world, opening up more markets where certain foods were scarce.

It would not be an overstatement to say plastic wrap, then later shrink wrap, revolutionised the vegetable selling industry. The underappreciated technology has benefited us immensely in the few decades it has been used.